How to tree trim in the winter

The most important steps in fruit tree trimming

The pruning of apple seedlings begins when the plant is in deep winter dormancy, that is, from the end of November to the end of March. When doing this job, it is essential to choose the right type of pruning to apply, but also to pay attention to the kind of apple tree branch.

Robert, a fruit grower from Brestovik, pointed out to us some of the most critical steps you must take to make your winter apple pruning successful. 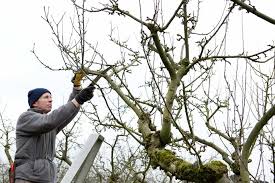 In larger plantings, the apple begins to prune from the period of deep winter dormancy to the beginning of vegetation, that is, from the end of November to the end of March . It should not be too early to start this business, because varieties such as pink lady, buckwheat and grapefruit have slightly longer vegetation and can keep the leaves on the branches. When the leaves fall off completely, we can start pruning.

What should the fruit growers pay attention to and how to prepare the fruit for the next growing season?

Fruit growers have to pay attention to the fruiting of the fruit, how many flower buds have become involved in the next growing season. Due to droughts, it is likely that a small number of flower buds will become confused and that they will be wrong. It is essential to emphasize that fruit cutting is approached on an individual level. 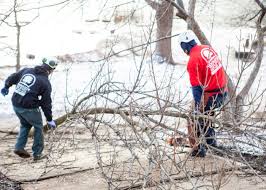 The trees must be vegetatively strong at all times to bear the burden of the genera they bear. Then we apply long pruning. If the trees are vegetatively weak, it will be difficult to reintroduce them to vegetative conditions, and with that, we will lose a lot of time and money. After the drought, trees that have given birth well must be cut shorter than those that have given birth less. So, the weaker, the shorter and the stronger, the longer the crop.

Is it better to listen to the weather and do the pruning later, or does it not matter?

It’s better to listen to the weather if people have fewer trees to prune, but this is a problem for those who have large areas under the fruit. These people do not have a choice and have to cut during the standstill.

There are several basic types of genus twigs: coiled, rigid or spear-shaped, and wrinkled.

Every fruit grower has to take care of his orchard himself. The mistake is that many do not do land analysis. This is not enough current here in Serbia, so they are being raised in places that are inadequate in terms of pH or nutrient supply, and then people suffer enormous damage.

In the end, I would return to pruning once more and add that it is crucial to pay attention to the apple tree branches. We have several basic types of birth twigs: coiled, rigid, or spear-shaped, and wrinkled. It is best to force wrinkled twigs on long stems, up to 5 years old.

It’s a long pruning system, which means that two-year-old trees are by no means cut short, but only three-year-olds and older. Since there are more mixed buds then, we also have to thin out, chemically or manually and hope for good weather and fruit quality.